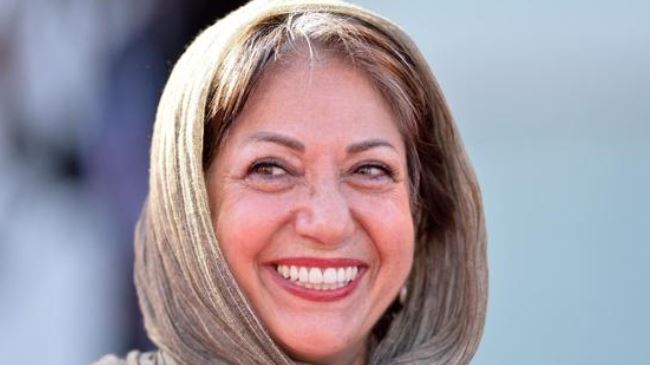 Bani-Etemad, Radan to judge Short Film Festival in US

Renowned Iranian filmmaker Rakhshan Bani-Etemad and well-known actor Bahram Radan have been selected as jury members for the 8th Farhang Foundation Short Film Festival, due in September in Los Angeles.

The festival is dedicated to short films visualizing an aspect of Iranian art, history, culture, crafts, geography, cuisine, or lifestyle that will inspire and spark the audience’s interest in learning more about Iranian culture, Mehr News Agency reported.

The submission period which opened on April 18 ends on July 18. The award ceremony, during which the winning submissions will be screened before a live audience, will take place on September 24.

Bani-Etemad was the first woman recipient of the Best Director award at Fajr International Film Festival in Tehran for ‘Nargess’ in 1991. In 1995, she won the Bronze Leopard at the Locarno Film Festival for ‘The Blue Veiled’. Her next film, ‘Under the Skin of the City’, was the highest grossing film in Iran in 2000. That film along with ‘Gilaneh’ (2005), ‘Mainline’ (2006) and ‘Tales’ (2014) garnered major awards in more than 50 film festivals.

The award-winning actor and box office star, Radan has starred in many top grossing Iranian films of all time and has become a popular figure in Iranian cinema. In 2010, he was chosen by the United Nations as the first Iranian UN Ambassador Against Hunger.

Established in 2009, the festival is dedicated to celebrating Iranian heritage through short film, video and animation. It seeks to provide a forum for individuals to use their creativity and talent to spark and inspire interest in Iranian culture.

A non-profit organization, Farhang Foundation was founded in 2008 by a group of philanthropists in southern California to celebrate and promote the study and research of Iranian art and culture for the benefit of the community at large.