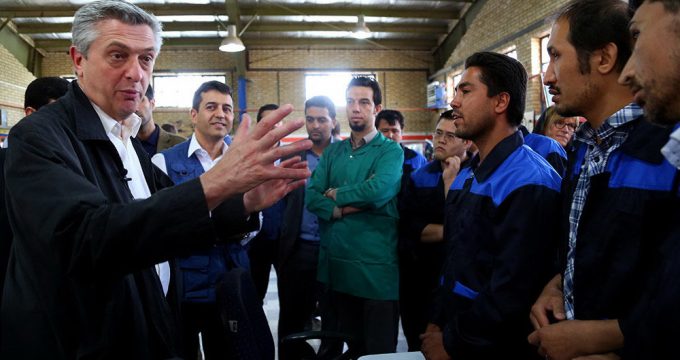 Grandi, heading a delegation, upon arrival was welcome by local officials, including the Deputy Governor General of Qom Province for Political, Security and Social Affairs Ahad Jamali.

Officials at the Technical and Vocational Training briefed Grandy on measures taken by Iran to help educate the refugees.

They told the UN official that following the agreement signed between the center and UNHCR in 2011, the center has educated 970 foreign refugees.

Grandy is in Iran for a two day official visit and is expected to meet Iranian top officials on Saturday in the capital, Tehran.

There are 138,000 foreign nationals, incuding 60,000 Afghans living in Qom, a city which lies125 kilometres southwest of Tehran.