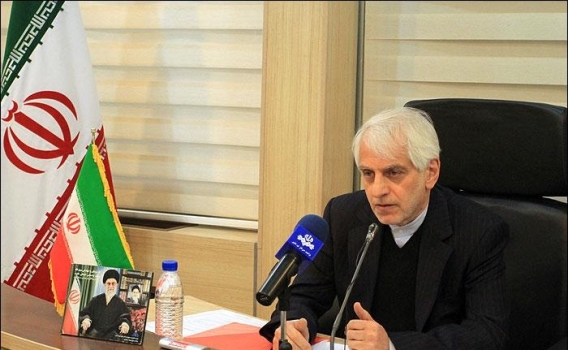 Tehran, June 18, The Iran Project – Iran’s Ambassador to Berlin says the crimes of Daesh and extremist groups have distracted Muslims from the issue of Palestine.

Speaking to Islamic groups and associations in Germany on Friday, Iran’s Ambassador to Berlin Ali Majedi said Daesh and extremist groups’ crimes have diverted the attention of Muslims from the issue of Palestine, stressing that today, Iran is committed to fight extremism and violence and support the legitimate rights of the Palestinian people.

Although the Middle East countries disagree on some regional issues, it should be noted that the only way to fight extremism and terrorism and provide security and stability, is regional cooperation, Majedi said.

He also warns regional governments on the opinions and analyses that try to divide  Shia and Sunni Muslims, saying they should emphasize on their Islamic beliefs and keep their unity.

The Islamic Republic of Iran’s foreign policy is to develop relations with all countries of the world, especially Islamic countries based on mutual trust, he added.

He referred to supporting peace, and fighting against occupation, violence and extremism as the common responsibilities of all countries, especially Muslim countries.