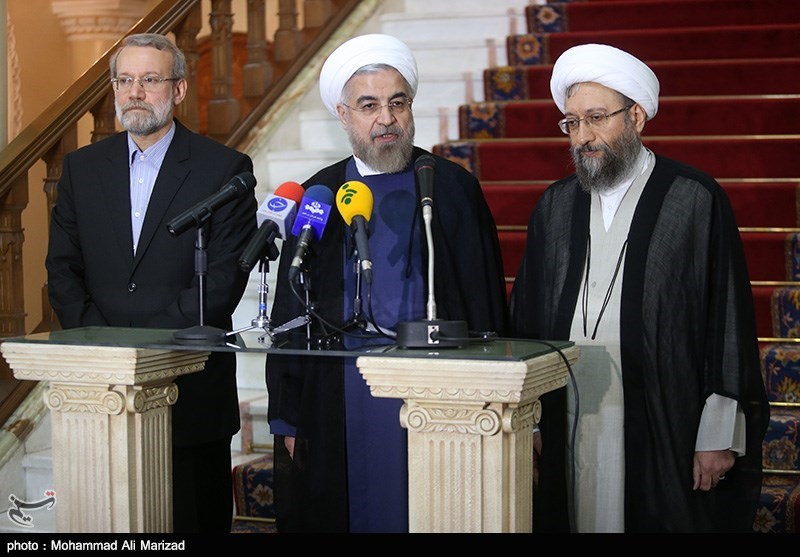 Heads of 3 branches of Government meet in Majlis

Tehran, June 15, IRNA – Heads of three branches of the Government in the country held a meeting at Majlis (Parliament) building on Wednesday.

The meeting, being the first after the new Iranian Majlis started work on May 28, focused on issues related to the country.