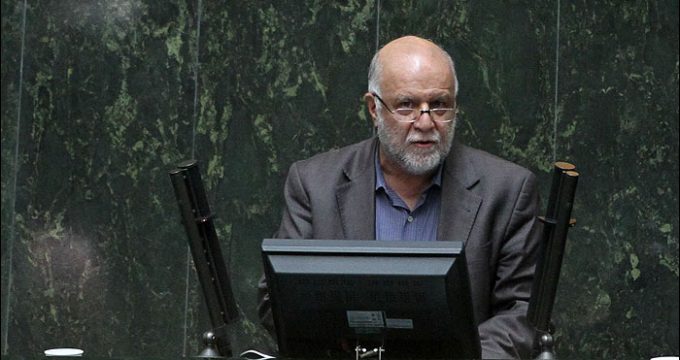 TEHRAN, Jun. 15 (MNA) – Oil minister has made an entreaty to Parliament to ‘converge in keeping unity and solidarity’ to attract the needed investments to oil and gas sector of the country.

Bijan Namdar Zanganeh addressed Parliament open session of Tuesday with a report of general conditions of oil contracts and the ministry’s plans during which he defended oil contracts and rebuked the critics of the oil contracts as ‘opposing foreign investments to oil and gas sector.’ Zanganeh believed requiring the Ministry to present oil contracts to Parliament for approval was unconstitutional and the law required the Ministry only to present a confidential copy of contracts to Parliament; “if the law required us to provide the whole contracts for approval, the ministry would follow the rules,” he added. “Corruption and Babak Zanjani’s conduct drained ministry resources along with tumbling oil prices in the market which was confounded by US production upsurge through a huge investment of $ 1000bn, thus producing 5 million barrels of oil per day; however, we believe the prices will bounce again and improve within months with investments in US oil sector declining recently,” he told Parliament.

“Oil industry needs $ 200bn in foreign investments, and we should remain united and converge for a greater good of the nation,” Zanganeh petitioned to the Parliament.

He also presented the Parliament with a report of improvements in the ministry’s projects compared to figures before President Rouhani’s cabinet assumed power; “in September 2013, 17 phases of South Pars had been abandoned uncompleted and the country suffered gas shortages. This forced power plants to use liquid fuel dangerous to environment and emitted greenhouse gases; now, with South Pars producing 50 per cent of total gas, production was improved to 354 million cubic meters compared to 241 million cubic meters before,” he detailed. “In 2013, oil production saw a record low of less than 1 million barrels per day; now it has soared to 2.7 million barrels; in petrochemical industry, we have had similar level of improvements; in 2013, the production totaled 40.6 million tons; in 2015 it reached 46 million tons; the year was annus mirabilis of the industry, since we raised Euro-4 standard gasoline up to 25 million liters; with Persian Gulf Star Refinery beginning operation, the country will be a potential exporter of gasoline,” he rejoiced to say Parliament.