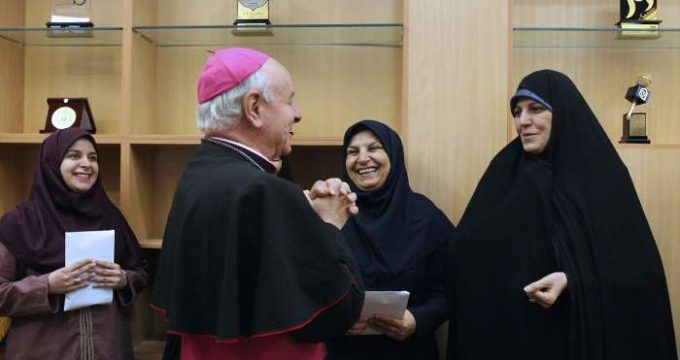 Speaking in a meeting with the President of the Holy See’s Pontifical Council for the Family, and bishop emeritus of the diocese of Terni-Narni-Amelia in Italy Vincenzo Paglia, she added that in the wake of Iranian President Hassan Rouhani’s trip to Vatican and meeting with Pope Francis, grounds have been prepared for both countries’ cooperation.

Referring to the fact that the history of Iran-Vatican ties dates back to 1954, she added that the official and unofficial visits to Vatican established new relations between the two countries.

Regarding the current serious social crises such as terrorism and the breakdown of families, she said that expanding ties can be useful in reinforcing families and in presenting basic strategies.

She noted that dealing with issues such as status of women and family are one aspect of Iran-Vatican cooperation.

Referring to second aspect of cooperation, Molaverdi reiterated that due to the sensitive condition of the Middle East and Europe, the cooperation between religions would be useful in preventing extremism, turning back to religion, disrespecting religious values and women and children’s damage.

She referred to the international cooperation as the third aspect of the two countries’ cooperation, adding that, promoting peace instead of war, making coalition for peace, fighting poverty and protecting family should be considered further.

Vincenzo Paglia invited Molaverdi to participate in a meeting in Geneva on June 26.

Vincenzo Paglia heading a delegation arrived in Iran on Sunday and he is scheduled to visit Iranian officials.