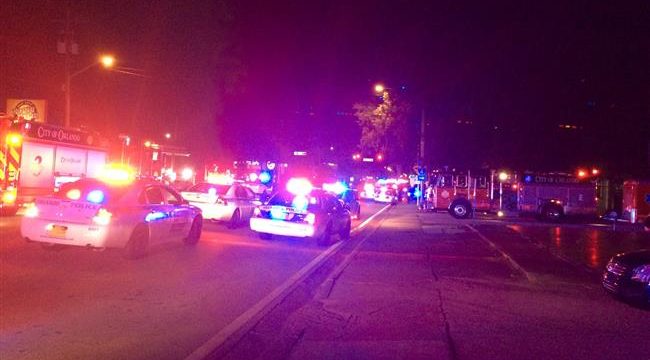 Yusifiy Sitora who divorced the shooting suspect after four months of marriage in 2009 told reporters “I hear the media trying to make this about Islam … but it is about imbalance, it’s about society, it’s about parenting, accepting each other,” Alwaqt reported.

Omar Mateen was physically abusive towards her, had mental health issues and was “obviously disturbed, deeply, and traumatised”, according to Sitora in Colorado.

Sitora Yusifiy told on Sunday she married to Mateen for four months in 2009 until her family was forced to “literally rescue” she after her imbalanced husband kept her “hostage”.

“In the beginning he was a normal being that cared about family, loved to joke, loved to have fun,” Yusifiy said of Mateen, whom she had met online.

“A few months after we were married I saw his instability, I saw his bipolar, and he would get mad out of nowhere, and that’s when I started worrying about my safety.

“Then after a few months he started abusing me physically, very often, and not allowing me to speak to my family, and keeping me hostage from them,” she said.

She said her family arrived to rescue her from Mateen “and had to pull me out of his arms”.

Mateen was “very short-tempered”, “He would often get into fights and arguments with his parents but because I was the only one in his life most of the violence was towards me at that time,” Yusifuy said.

Mateen had a gun license, owned a silver pistol and “had a history with steroids”, she recalled.

She saw in him signs of “emotional instability, sickness … He was mentally unstable and mentally ill [and] obviously disturbed, deeply, and traumatised”.

He “did follow religion, he did practice and he had his faith” but showed “no sign” of radicalism.

Yusifiy said her former husband, who has been pictured in NYPD shirts, had wanted to be a police officer, had friends in the force and was working at a juvenile correctional facility to gain experience, she said.

The couple were divorced by 2011. “I have cut him off, I’ve blocked everything and my family warned him that if he tried to contact me, they would go to the authorities,” she said.

“I haven’t had any contact with him for seven, eight years.”

Yusifiy said her parents had woken her on Sunday morning with news of the massacre. “The first thing that they told me was that your ex-husband was involved in a mass shooting,” she said.

“I was devastated, shocked and so deeply hurt for the people who lost their loved ones, and the families who are now suffering.”