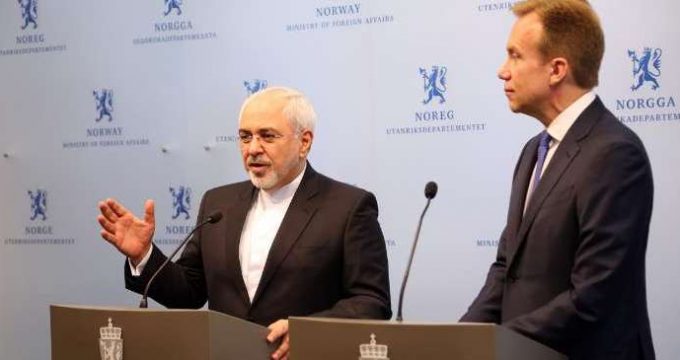 Iranian Foreign Minister Mohammad Javad Zarif, who is in Norway for an official visit, urged the necessity for finding political solutions to a five-year-old conflict in Syria and described the Islamic Republic’s four-article peace initiative as helpful for the Arab country.

Iranian Foreign Minister Mohammad Javad Zarif, who is in Norway, said in his visit to the Scandinavian country, he will hold talks with US Secretary of State John Kerry on Washington’s commitments under the July 2015 nuclear deal between Tehran and world powers.

Iran’s Revolutionary Guards killed five PJAK members in a raid that destroyed one of the group’s headquarters in northwestern Iran.

Kiriyenko confirmed the corporation plans to begin construction of two additional energy blocks of the Bushehr nuclear power plant in Iran in 2016.

Iran and Azerbaijan are expected to finalize a deal to create a crucial rail link during the upcoming visit to Baku by the Iranian President Hassan Rouhani.

Iran plans to increase its refining capacity for crude and condensate by more than 70 percent within the next four years as it works to improve the quality of fuel sold on the domestic market and wean itself off imported gasoline.

“Based on its principled policy of condemning terrorism and its firm resolve for serious and all-out confrontation of this discouraging phenomenon, the Islamic Republic of Iran condemns the recent terrorist attack in the US city of Orlando,” Jaberi Ansari said, according to a report by KhabarOnline, as translated by IFP.