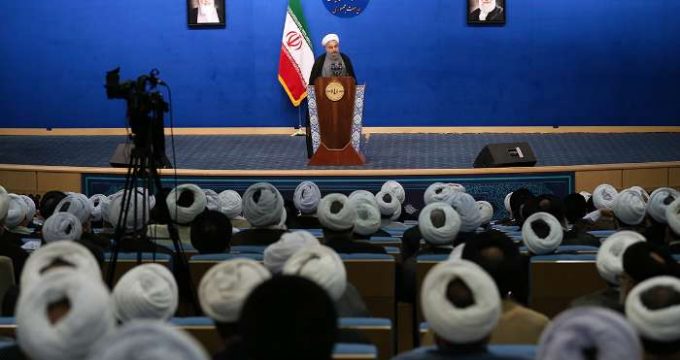 President Rouhani made the remarks in a breaking-fast meal ceremony attended by clerics and religious scholars.

The government will do its best to fulfill its election promises and it will never stop to have the consultation of the experts on sensitive issues, Rouhani said.

He urged the need for introducing realities of Iran to the world and said Iran has now a special stance in the global public opinion.

Rouhani referred to Iran’s capabilities in various fields including transit, trained work force and natural resources and emphasized on maintaining good engagement with the international community and the use of diplomacy.

‘We should exploit our resources of power and wealth in the best way,’ the President said.

He also hailed the country’s progress in fields like sciences, healthcare, social security and non-oil exports.
By IRNA