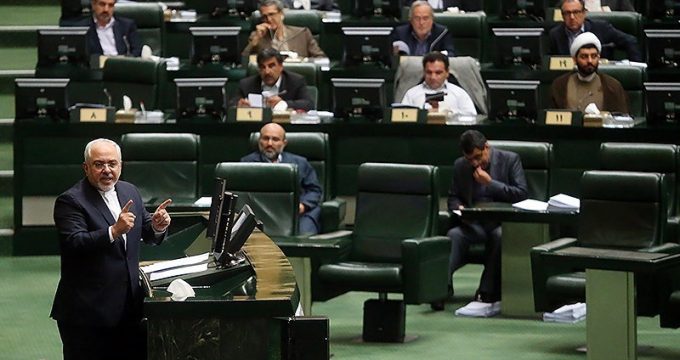 FM: Iran’s legal case against US to be registered in ICJ soon

Tehran, June 12, IRNA – Iranian Foreign Minister Mohammad Javad Zarif said that Iran’s legal case against the United States is to be registered within days in International Court of Justice (ICJ).

He reiterated that Iran is standing against a country which violates international laws and this is Iran’s policy.

Regarding the tourism issue, he said that Iran’s airports give one-month visas to citizens of most countries.

In order keep the dignity of Iranian citizens, we won’t have unilateral visa waiver with any country, said the foreign minister adding that if a country does not permit Iranian citizens to enter without visa, Iran would do the same.