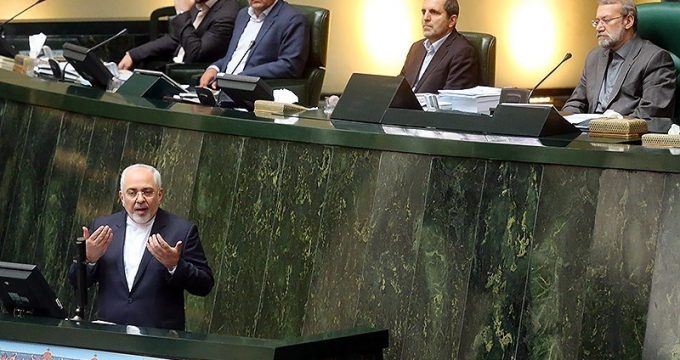 Tehran, June 12, IRNA – Foreign Minister Mohammad Javad Zarif said Iran has regained the oil money which was inaccessible for the country for years.

Addressing a Majlis open session on Sunday, he said world should be allowed to see the realities of Iran as the most secure country in the world which enables investors to get the highest profits.

This, he said, will help the country establish connections in line with purposes of Economy of Resistance and progress of the country.

The foreign minister made the remarks while briefing the parliament on the implementation process of the Joint Comprehensive Plan of Action (JCPOA), foreign investments and the Economy of Resistance.

He said now the anti-Iran sanctions which were an impediment on development have removed and Iranophobia which served as the founding stone of the sanctions were by now non-existent.

Zarif said it was a duty for all now to mobilize efforts to make the best use of the existing situation to advance purposes intended by the Economy of Resistance.