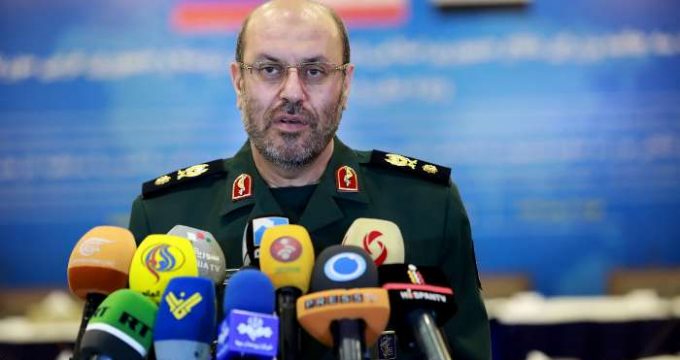 Iran warns Saudi Arabia over allying with Israel against Syria

Tehran, June 11, The Iran Project –Iran’s Defense Minister warns Saudi Arabia over alliance with Israel against Syria, saying that their measures will have dangerous consequences.

Speaking in a trilateral meeting of Iran, Russia and Syria’s defense ministers in Tehran on Thursday, Iran’s Defense Minister Brigadier General Hossein Dehghan condemned Saudi-Israel alliance against Syria, stressing that allying with the Muslim’s enemy – the Zionist regime – will have very dangerous consequences for the Saudi rulers and Muslim nations of the region and the world will not tolerate this strategic error.

Dehghan also expressed hope that Iran, Russia and Syria, exchanging ideas and making strategic decisions, could defeat the Saudi’s dangerous conspiracy that tends to distort the territorial integrity and destroy the sovereignty of regional countries.

The reports indicate that the visit was meant to discuss joint Israeli-Saudi military operations against Syria and Lebanon. During the clandestine visit, Adel al-Jubeir met with officials of the Israeli regime’s spy agency Mossad.

He also met with the regime’s Prime Minister Benjamin Netanhayu and urged Tel Avivi regime to intensify military operations against Syria with the aim of overthrowing President Bashar al-Assad.

Defense ministers of Iran, Russia and Syria held a trilateral meeting in Tehran on Thursday to exchange viewpoints on the latest regional developments and ways to strengthen and extend the fight against terrorism.

They agreed to step up cooperation in their fight against Takfiri terror groups wreaking havoc across the Syrian soil and elsewhere in the region.