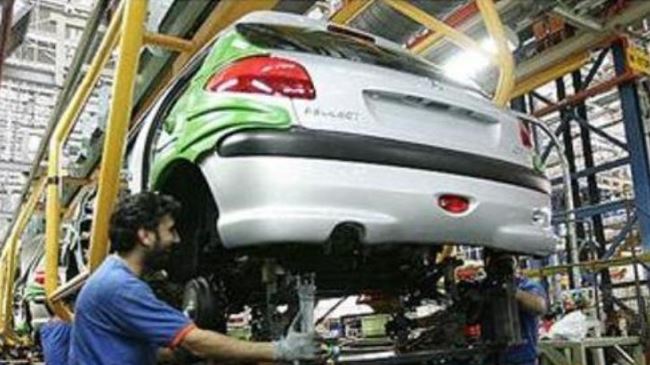 Prices of new Peugeots produced in Iran will be set according to international standards, said Iran’s deputy minister of industries, mining and trade.

This latest on the large-scale deal follows what Mohsen Salehinia had also said in mid-April that Iran’s largest carmaker, IKCO, and France’s Peugeot will officially launch their joint venture late in April, but delays have slowed progress.

“The joint venture denotes a 50-50 investment where the foreign side directly brings in 50% of the share in three stages,” he said at the time.

IKCO’s CEO Hashem Yekezare had also declared that each of the two companies would initially invest €150 million toward establishing a new factory for their joint company; thereafter gradually increasing the amount to €250 million. The joint company’s ownership would be shared.

Salehinia had recently said the prices of cars made after the launch of the new joint venture with Peugeot would be set similar to the same strategy that was applied to some local cars in the past few weeks.

In other words, the prices of these cars will not be set by the government.

The Competition Council declared in May that it will no longer set the prices of these two cars, the head of the council said at the time.

Reza Shiva added that critics of the Competition Council’s price-setting strategies believed car prices would drop if the council is no longer responsible for setting them, ISNA reported.

Salehinia added that Iran has not reached an agreement with France’s Renault to produce the company’s Kwid in collaboration with IKCO.

This is while the country’s second largest auto manufacturer, SAIPA, has been negotiating a deal with Renault so that the two sides could set up a joint venture.

A workgroup has been set up to assess the development of the process.

The deputy minister declined to reveal further details, saying “I cannot make any comments before the talks are finalized.”

Pointing to issues raised after Iran and the West arrived at an agreement over Tehran’s nuclear energy program, the official said “global matters challenging the Joint Comprehensive Plan of Action have not had an adverse effect on the talks between Iran and Peugeot.”

The July 2015 nuclear deal with world powers is known as the Joint Comprehensive Plan of Action, which since its implementation has been challenged by domestic opposition.

“Talks between the two sides have gone past technical levels and have entered the operational phase, which is why such issues will not affect the course of action,” he said.

He added that the agreement was made after the implementation of the JCPOA and at present, the final registration stages of the company are being completed and the joint venture will soon come into effect.

“The two sides held a meeting last week to finalize details on auto part manufacturing, exports and price-setting,” he said.

PSA faces bitter accusations from Iranians that that the company abandoned the domestic market back in 2012. For this reason, Peugeot’s return comes at a price.

Consequently, PSA agreed to pay nearly €430 million in compensation to Iran for the sudden departure. The bulk of these damages will not, however, be paid in cash but in the form of free parts, debt relief and free training of local staff.