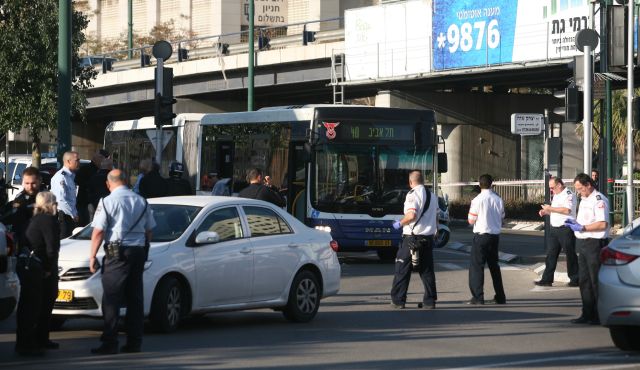 The mayor of Tel Aviv says a deadly shooting attack in the Israeli capital on Thursday is a natural consequence of Israel’s 49-year-old “occupation” of Palestinian lands, which needs to come to an end.

Ron Huldai told Israeli army radio Thursday that Israel is the only entity in the world which has another nation under its occupation “without civil rights.”

He was reacting to the shooting attack at an open-air complex that killed four Israelis and injured 16 others in Tel Aviv on Wednesday.

Initial reports said the attackers were dressed as “ultra-Orthodox” Israelis, but Tel Aviv said later they were of the Palestinian origin.

“You can’t hold people in a situation of occupation and hope they’ll reach the conclusion everything is alright,” Huldai said.

Huldai also blamed Prime Minister Benjamin Netanyahu for the “ongoing incitement through acts of repression, expulsion, liquidation, and expropriation,” policies that according to him “only leads to a deepening of hatred and violence.”

“There has been an occupation for 49 years, which I was part of and I know the reality, and I know leaders need courage to not just talk,” he said.

“Remove all Palestinian and Israeli citizens from the cycle of terror and bloodshed. We must fight together to bring an end to the occupation, and do the right thing for justice and peace for both peoples,” Huldai added.

Immediately after the attack, Israel announced a list of collective punishments against the Palestinians.

They included a suspension of entry permits for 83,000 Palestinians along with permits for the residents of the Gaza Strip to pray at the al-Aqsa Mosque during the holy month of Ramadhan.

The Israeli regime also said it would deploy hundreds more troops to the occupied West Bank after the Tel Aviv attack.

Israel occupied the Palestinian territories of the West Bank and East al-Quds (Jerusalem) in 1967.

It has built over 230 illegal settlements in the occupied territories. More than half a million Israelis live in the settlements which are regarded as unlawful by the United Nations and most countries.

The regime has waged several wars against the Palestinians in recent years, most recently in the Gaza Strip in 2014. The 50-day military aggression, which ended on August 26, 2014, killed almost 2,200 Palestinians, including 577 children.