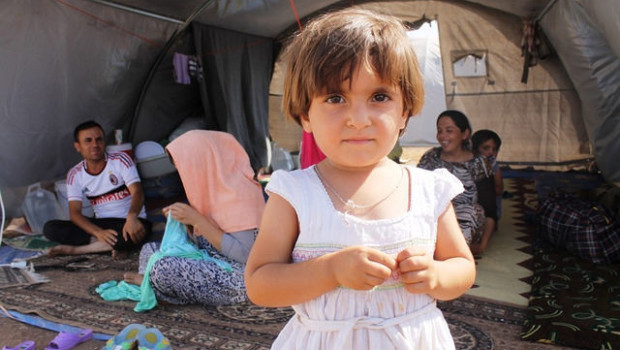 Syria Solidarity Movement is an international network in solidarity with the Syrian people and their struggle to retain a secular, independent state.

Unfortunately, there is an organization in the UK called “Syria Solidarity UK” (SSUK).  The similarity in names has caused some confusion, especially because their “solidarity” is with the “Syrian Revolution”.  In reality, this ‘revolution’ consists of long exiled Syrians with heavy Muslim Brotherhood influence, some daydreaming Trotskyists, Western or Gulf or Turkish supported political agents and tens of thousands of terrorists and mercenaries supplied, paid, assisted and promoted by Saudi Arabia, Qatar, Israel, Turkey, USA, France, UK.

The genuine and positive forces seeking change in Syria disappeared long ago. James Foley documented the reality in Syria after his illusions were dispelled in Fall 2012. So did the native Aleppan known as Edward Dark. Initially he and his friends supported the uprising but thenrealized what it meant.  While there is an array of takfiri factions, the conflict has crystallized into its essence: a brutal war of aggression with foreign funded mercenaries and international takfiries on one side, and a struggling multi-ethnic, multi-religious Syrian army and allies on the other.

SSUK and their American counterpart Syrian American Council are an integral part of Team Regime Change. They receive direct and indirect funding from the governments they are allied with. They are promoted in the Zionist establishment in the USA. Their voice is amplified by the media. Yet that is not enough. They aggressively attempt to block, prevent and censor any other voices.

In 2014 the voice of Mother Agnes Mariam was disrupted and attacked at various venues in the USA because she talked about the reality in Syria rather than what was being proclaimed by Washington and Doha. Her voice was shamefully shut down in London. The reason: because she opposed the media propaganda narrative about the chemical weapon attack in August 2013. Now some of the same sectarian propagandists are trying to prevent Dr. Tim Anderson from speaking at a global conference in Greece examining the refugee crisis and its causes.  Dr. Anderson brings an analysis of the “Dirty War on Syria” and its connection to the refugee situation. That is what SSUK cannot abide and why they have threatened to disrupt the conference.

Under pressure from SSUK, the “Crossing Borders” conference organizers withdrew their invitation to keynote speaker Dr. Tim Anderson.  This censorship led to hundreds of calls for the the conference to be true to its stated goals.  To their credit, conference organizers realized the error and Dr. Anderson who will be presenting a paper and speaking at the conference. Now, the sectarian and bullying SSUK is again on the rampage; they arethreatening to disrupt the conference and urging speakers to withdraw.  After five years of continuous propaganda and demonization of the Assad government, what kind of academics or activists are so pathetic they cannot stand to hear a different perspective?  What could be more relevant to an examination of the refugee crisis than an examination of the root causes?

The true nature of SSUK and their ‘revolution’ is revealed by their own actions. They talk about ‘freedom and democracy’ but practice censorship, repression and intimidation.  Their threats need to be rejected and their actions condemned. They evidently do not want to solve the crisis; they want to escalate it.

This article was written by Rick Sterling for American Herald Tribune on June 7, 2016. Rick Sterling is a founding member of Syria Solidarity Movement.