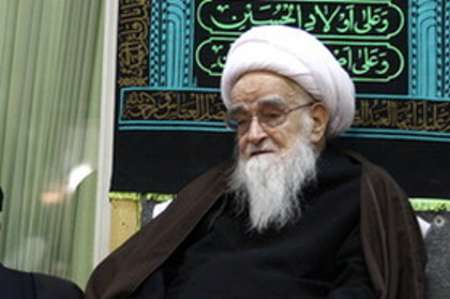 AhlulBayt News Agency – In a meeting with Hujjat al-Islam Ali-Akbar Badiei, the Imam of the Islamic Education Centre in Houston, Texas, Grand Ayatollah Lotfollah Safi-Golpaygani appreciated the activities conducted by the mosque and said a great opportunity has been provided for you to appreciate God’s blessings and grace and to promote Islam and its luminous teachings of guidance.

The revered source of emulation said: “This humble man prays that, God-willing, you can achieve the goals that have noted and I was very pleased with the course of action that you have been undertaken. We must really thank God for the growth of Islamic centres and mosques around the world and in the United States. It is due to the blessings of God.”

His Eminence said that the late Grand Ayatollah Sayyed Hosayn Boroujerdi encouraged seminarians and scholars to propagate Islamic teachings abroad and added that good progress has been made in this cause.

Ayatollah Safi-Golpaygani also added that Ayatollah Boroujerdi had repeatedly emphasized the need to communicate with other religions and in addition to interfaith discussions, he stressed upon propagating the teachings of the Holy Quran and Ahlul-Bayt through the use of evidence and well-founded explanation.

In other remarks, the eminent scholar referred to the discussion of Mahdawiyah or Islamic messianism, the subject of this year’s annual Muslim Congress, which will be entitled “Imam Mahdi: The Awaited Saviour of Humanity,” saying: “This year, the annual conference of the Muslim Congress will be a tool of hope. By promoting the teachings of the Ahlul-Bayt, especially Imam al-Mahdi, you will be able to explain pure Islam to the people in attendance.”

At the end of the meeting, Ayatollah Safi-Golpayani prayed to God Almighty for further success for Hujjat al-Islam Badiei and his colleagues at the Islamic Education Centre of Houston.

Hujjat al-Islam Badiei also presented a report of the activities of the Islamic Education Centre of Houston and the Muslim Congress, stressing upon the importance of holding an annual congress attended by about 3,000 Muslims in the United States, which is attended by religious figures from throughout the US and also Canada, UK and beyond.