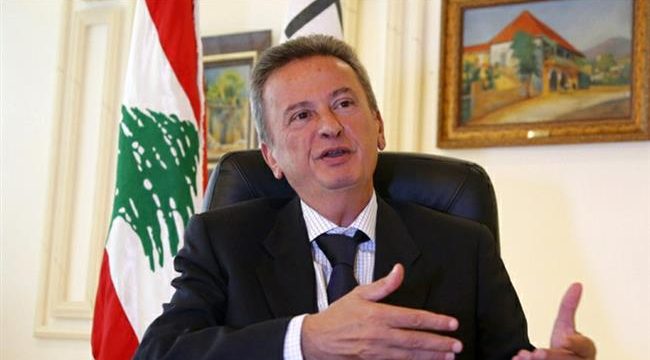 100 Hezbollah accounts closed under US pressure

The governor of Bank of Lebanon says one hundred bank accounts linked to Hezbollah members and legislators have been closed in the wake of US threats of sanctions on banks or financial institutions that do business with the Beirut-based resistance movement.

Speaking in an exclusive interview with satellite business news television network CNBC, Riad Salameh stated that Hezbollah has strongly condemned his institution’s submission to US pressure to implement a law targeting the group’s finances.

“We have taken measures to implement the law, and we have laid the necessary infrastructure… Things are now on a wait-and-see mood… Whatever happens the interests of Lebanon is a priority for us,” he said, assuring that the banking access of Lebanon’s Shia community will be guaranteed.

Salameh further noted that remittances constitute one section of the Lebanese economy, representing an essential part of the country’s gross domestic product (GDP).

“Lebanon is a small country and the economy of Lebanon depends on the Lebanese (people). It doesn’t depend on natural resources or exports. We have a good industrial sector, but it doesn’t weigh a lot on our economy so the pillar is to keep confidence in the country.”

On May 12, Hezbollah criticized the Central Bank of Lebanon over abiding by US sanctions on banks dealing with the group, arguing that the measures violate Lebanon’s sovereignty.

Hezbollah further hinted that its supporters may withdraw their money from local banks in case of such moves.

During a cabinet session early last month, high-ranking Lebanese officials exchanged viewpoints on a decision by local banks to close the accounts of at least two Hezbollah lawmakers.

Hezbollah opposed to the pending move, urging Salameh to resist US pressure to implement financial sanctions against the resistance movement.

Lebanese daily newspaper al-Joumhouria identified the two Hezbollah parliamentarians, whose accounts were canceled, as Ali Fayad and Nawwar al-Sahili. The account of former MP Amin Sharri’s daughter was also shut down as well.

The legislation says Washington will target those “knowingly facilitating a significant transaction or transactions for” Hezbollah or any individual, business or institution linked to the group.