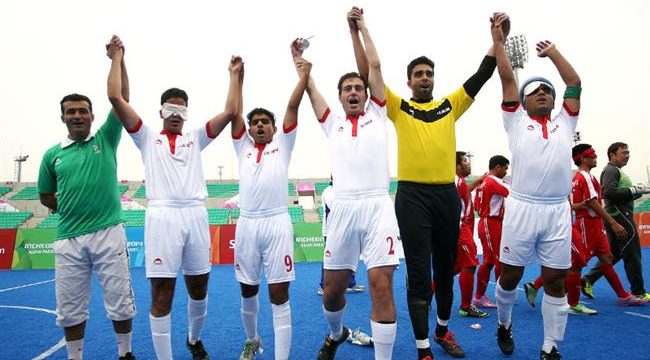 The Asian champions conceded a 0-3 loss to the reigning world champion Brazil in the final competition of the event at the Instituto Benjamin Constant in Rio de Janeiro on Sunday.

Earlier, Iranian five-a-side football team had defeated Argentina 2-0 in a semi-final fixture to advance to the final match.

“We played a perfect game, our goalkeeper almost did not touch the ball and our offensive line was very strong,” Brazilian coach Fabio Vasconcelos said after the final match.

“This victory has shown us that we are on the right track to win a fourth Paralympic gold on home soil.”

Jefinho, the competition’s top scorer with five goals, said, “I am very happy for this individual award, but I am happier for contributing to the team’s success.”

“This competition was important to get ready for September’s Paralympic Games and to prove that we are physically and mentally prepared.”

Argentina also defeated Morocco 2-1 in the penalty shootout at the end of the third-place match.

The 5th edition of International Blind Football Challenge started in Rio de Janeiro on May 31 and finished on June 5.

National Iranian five-a-side football team is preparing for the Rio 2016 Paralympic Games, where it has been drawn with host Brazil, Turkey and Morocco in Group A.

Argentina, China, Mexico and Russia are pitted against each other in Group B.