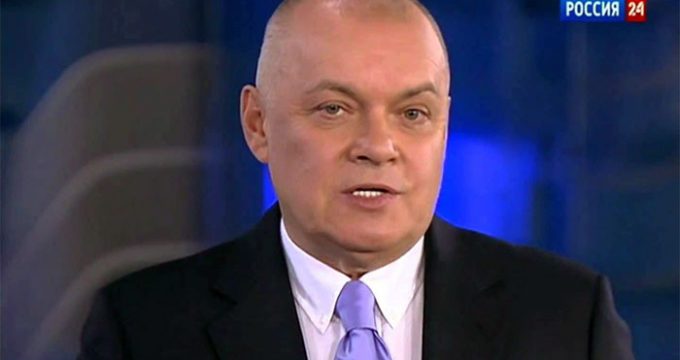 Tehran, June 7, The Iran Project– Iran and Russia along with other independent states decline the Washington’s so-called global system, they have another image of global system, says Dmitry Kiselyov, the head of ‘Rossiya Segodnya’ news agency.

In the international media forum in Moscow on Tuesday named “The New Era of Journalism: Farewell to Mainstream” Kiselyov stated that independent states like: Iran, Russia and China support multi polar system in the world and it is the right of every country to select a suitable model based on its own interests.

Referring to Washington’s military intervention in different parts of the world, he criticized the western policy for depriving the reporters and non-aligned media with west media’s systems,

Washington has created an unpleasant situation under the excuse of domination to the world after September 11, 2001 underlining the unilateral use of force against other countries, the Russian journalist added.

The two-day media forum, timed to coincide with the 75th anniversary of establishment of the Soviet Information Bureau, which later evolved into Rossiya Segodnya, kicked off in Moscow on Monday and runs through June 7.

The event deals with the changing nature of contemporary journalism and is attended by media experts from over 30 countries.