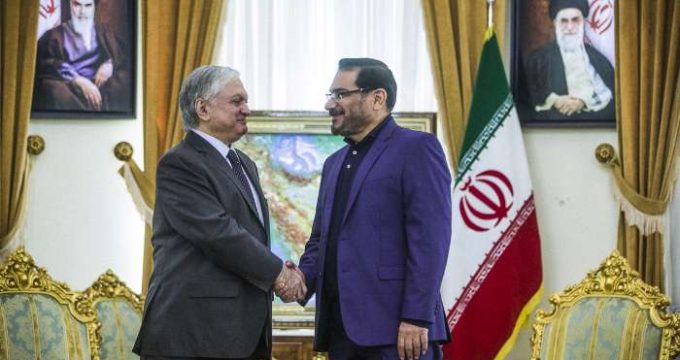 “Iran calls for the two sides to keep calm and restraint and stressed the necessity of prevention of spreading crisis which seriously endangers regional states,” he said in a meeting with Armenian Foreign Minister Edward Nalbandian here in Tehran.

He also stressed that boosting bilateral ties between Iran and Armenia in energy, agriculture, transit and transportation could pave the way for the two sides to enter into a higher level of economic ties.

Nalbandian, for his part, emphasized his country’s will to boost all-out ties with Iran.

He also said Iran is playing a ‘decisive role’ in political, security and economic equals in the Middle East, and continued, “Economic ties between the two countries could develop joint economic cooperation to battle terrorism and organized crime and show a complete combination of multi-lateral ties.