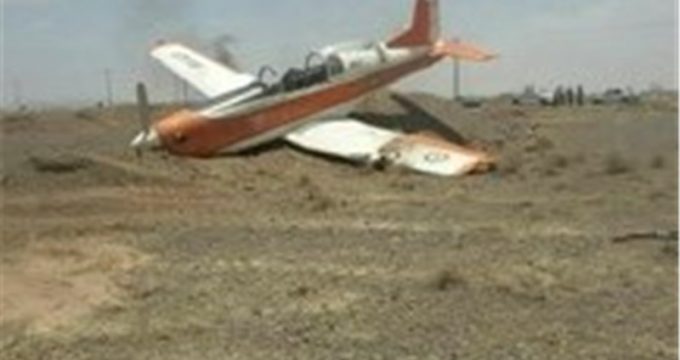 TEHRAN (Tasnim) – An Iranian Air Force training plane crashed in the central province of Isfahan on Sunday, injuring two people on board.

The PC-7, a light trainer aircraft, took off from Martyr Babaei Airbase near the city of Isfahan.

The crash occurred at 12:20 p.m. local time due to a technical failure.

The aircraft touched the ground near the village of Zafarqand, along a road between the cities of Naeen and Ardestan.

The two people on board the plane have sustained injuries.

The Pilatus PC-7 Turbo Trainer is a low-wing tandem-seat aircraft, capable of basic training functions including aerobatics, instrument, tactical and night flying. It was introduced in 1978.