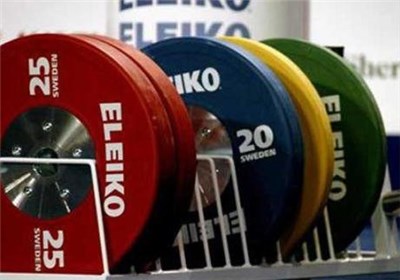 Barari raised 184 kilograms overhead to claim the snatch gold medal. Austrian sportsman Sargis Martirosyan took the silver with a lift of 183 kilograms. Rodion Bochkov from Russia elevated 177 kilograms to pick up the bronze.

The Iranian athlete topped the clean and jerk podium with 220 kilograms. Serbia’s Nenad Kozic finished second and won the silver with 203 kilograms. Martirosyan scooped up the bronze with a lift of 203 kilograms.

Barari finished the competition tied on an aggregate of 404 kilograms. Martirosyan and Bochkov landed in the second and third overall slot with 386 and 378 kilograms respectively.

Earlier in the day, Sohrab Moradi participated in the 94-kilogram competitions, and lifted 180 kilograms to claim the snatch gold medal for the Islamic Republic of Iran.

He clinched the gold medal in the clean and jerk with a lift of 220 kilograms, and was awarded the fold medal for an aggregate of 400 kilograms.

The 24-year-old Iranian athlete lifted 175 kilograms overhead in the snatch to win the gold. He made a new world lift record of 220 kilograms in the clean and jerk, bettering it by two kilograms.

Rostami also set a total record of 395 kilograms, and improved Belarusian weightlifter Andrei Rybakov’s world record at the 2008 Summer Olympics in Beijing by one kilogram.

The first edition of International Weightlifting Federation (IWF) Grand Prix Fajr Cup opened in Tehran, Iran, on May 31, and will wrap up on June 2.