Tehran, June 1, The Iran Project – Reconstructing Iran’s economy will provide regional security and have many positive outcomes for the neighboring countries, especially Afghanistan.

After a decade of international economic sanctions imposed by West, Iran is now reconstructing its economy and this will have many positive consequences for the regional countries, particularly Afghanistan.

Iran’s landmark nuclear deal with world powers had great effects on Iran-Afghanistan relationship; Afghanistan, whose economy has been faltering since the US-led military occupation of the country, can in short term benefit from increasing trade with Iran and become the regional transport hub in long term.

Iran has served as one of the most generous aid donors to Afghanistan, helping with the reconstruction of the war-ravaged nation. 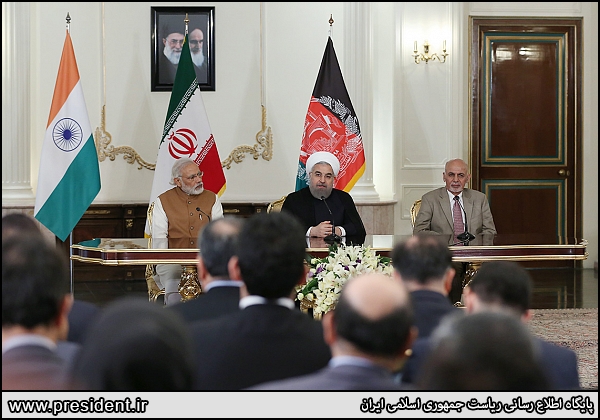 Islamic Republic can also play an important role in assisting Afghanistan to counter drug trafficking and smuggling of narcotics and balance Pakistan security influence in the country.

Having a great access to Central Asia by land and water, Iran will soon be as important trade route to Central Asia and Europe so regional countries can benefit from having trade relations with the Islamic Republic.

It is worth mentioning that Afghan President Ashraf Ghani and Indian Prime Minister Narendra Modi visited Tehran on May 23 and signed a trilateral memorandum of understanding (MoU) with Iran on the development of the southeastern Iranian port city of Chabahar.