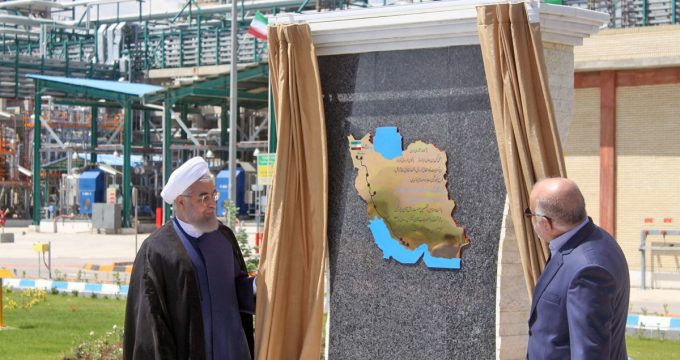 TEHRAN, May 31 (Shana) – Iranian Minister of Petroleum Bijan Zangeneh on Tuesday paid a visit to Mahabad Petrochemical Plant located in the northwestern Province of West Azerbaijan.

The visit was made prior to the official inauguration of the facility by Iranian President Hassan Rouhani on Tuesday.

The plant is the last unit that will be fed by ethylene supplied by West Ethylene Pipeline which brings feedstock from South Pars gas field in Persian Gulf waters.

Mahabad Petrochemical Plant is built on 185 hectares of land and is developed for an annual production of 300,000 tons of light and dense polyethylene and 30,000 tons of butane.

The project is funded by Bakhtar Petrochemical Company (a private sector holding company) with an investment of €210m and IRR3,223b.

The plant creates jobs for 600 individuals directly and 1,000 others indirectly.