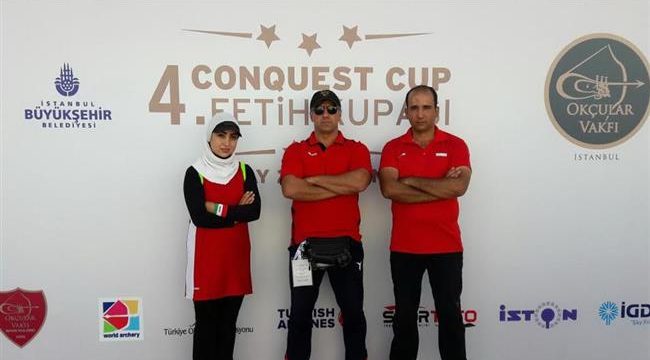 On Sunday, Iran’s 39-year-old athlete Esmaeil Ebadi competed in the men’s individual compound section of the tournament in the Turkish city of Istanbul, and scored 141 points to claim the silver medal.

A representative from the host nation received the gold medal with a total score of 148 points.

Iran’s compound mixed pair of Ebadi and Fereshteh Ghorbani earned the country a gold medal, when they faced opponents from South Korea and emerged victorious 152-150.

Also in the women’s individual compound division, Ghorbani registered a 140-139 win against a South Korean contestant and earned the Islamic Republic of Iran a second gold medal.

The 4th edition of Traditional Conquest Cup Archery Competition started in Istanbul, Turkey, on May 27 and wrapped up on May 29.