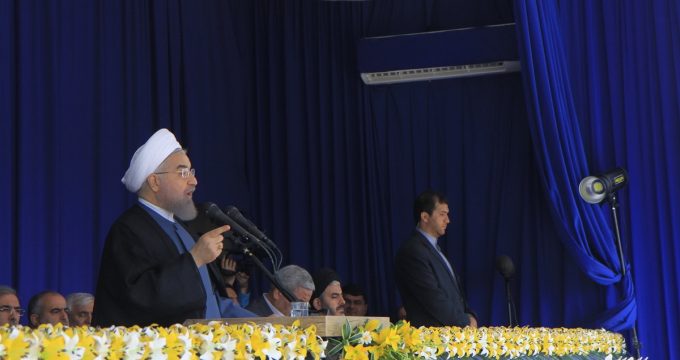 President Hassan Rouhani says Iran lies at a “historic turning point” after the lifting of sanctions, with his government working to open up the country to foreign trade.

In a speech to a crowd of people in Urumieh in northwest Iran on Monday, Rouhani said his government would do whatever it takes for Iran’s development and progress.

“We lie at a historic turning point after passing through the plots of the Zionism and the arrogance which had put us under sanctions,” Rouhani said.

“The government is intent on opening the road of exports to the world countries and the first step is for the government to open the doors which were shut in the past,” he added.

Rouhani said the rise in visits by foreign trade delegations to Iran after the lifting of sanctions promises stepped-up cooperation, adding first investments had already been secured.

The president, however, said Iran’s full recuperation would take time. The remarks were apparently aimed at those who criticize a nuclear deal which, they say, has hardly produced any dividends for Iran.

“The countries which had taken away our share of oil and condensate (in the market) are moving toward the situation before the sanctions,” he said.

“Our people very well know that we need time to achieve full success,” he added.

Rouhani further criticized the former government which saw the most oppressive sanctions imposed on the country by the West.

“At a time when there was a flush of oil revenues and each barrel of oil sold for $145, more than $80 billion was spent a year on imports.”