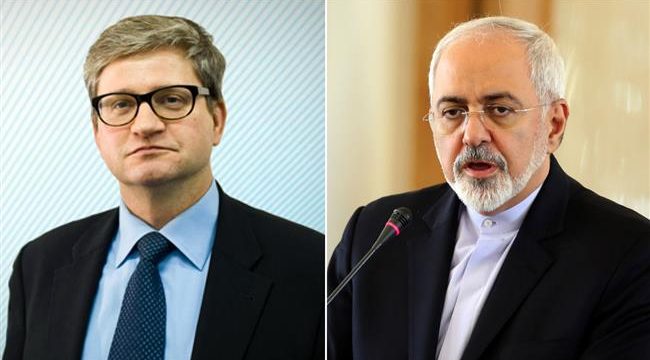 “We believe that the current crises in West Asia have no military solution and the fight against terrorism also requires a multifaceted solution of which military confrontation is only a small part,” Zarif said in a meeting with the head of Poland’s National Security Bureau (BBN), Pawel Soloch, in Warsaw on Monday.

Pointing to deep-rooted relations between Iran and Poland, he said the two countries share similar experiences in resisting aggressors.

The top Iranian diplomat stressed the importance of promoting the true image of Islam and preventing acts of violence carried out by certain self-proclaimed Muslims against other Muslims.

Zarif also expressed hope that Tehran and Warsaw would strengthen relations in all fields.

Soloch, for his part, praised last July’s nuclear agreement between Iran and the P5+1 group of countries, known as the Joint Comprehensive Plan of Action (JCPOA), and described it as a great achievement made by the Islamic Republic and the international community.

He said Poland is keen to expand political, security, cultural and economic relations with Iran and expressed hope that the visit by the Iranian foreign minister to Warsaw would open a new chapter in bilateral cooperation.

Heading a 60-strong politico-economic delegation, Zarif arrived in Warsaw on Sunday on the first leg of his official four-nation tour of north European countries. He will also visit Finland, Sweden and Latvia.

The Iranian foreign minister’s visit comes as many countries seek to boost relations with Tehran, particularly in economic, trade and political sectors, following the implementation of the JCPOA.

Iran and the five permanent members of the UN Security Council – the United States, France, Britain, China and Russia – plus Germany started implementing the agreement on January 16.

Earlier, on Sunday, in a meeting between the visiting Iranian foreign minister and his Polish counterpart, Witold Waszczykowski, the two sides exchanged views about ways to improve economic relations and solve the ongoing crises in West Asia.

Zarif and Waszczykowski discussed the expansion of bilateral economic cooperation, particularly in energy and banking sectors.

At the end of their talks, the foreign ministers of Iran and Poland signed a memorandum of understanding to step up political consultations between the two countries.

Meanwhile, in a meeting on Monday with Polish Deputy Prime Minister and Minister of Culture and National Heritage Piotr Glinski, Zarif said Iran is keen to boost cooperation with Poland in culture and tourism.

He called on the Polish government to facilitate the consular access of Iranian tourists and tradesmen.

Glinski, for his part, said his country is interested in boosting all-out relations with Iran.

He added that cultural ties can prepare the ground for improving economic cooperation between the two countries.