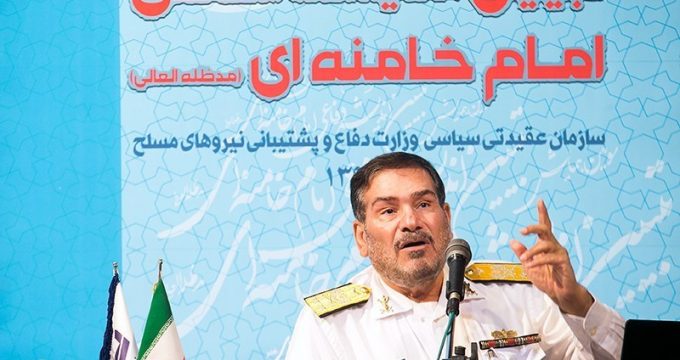 “If we are not strong, even small powers will (pose threats to) us, but we have to boost our power to prevent enemy maneuvers,” Shamkhani said on Monday, addressing a conference in Tehran.

He dismissed the notion of any military strikes against Iran, saying there is no possibility of war due to Iran’s might, the lessons that superpowers have learned from previous military actions in Afghanistan and Iraq, as well as the dark prospects of any action against the Islamic Republic for enemies.

The senior official further hailed the Islamic Republic’s right decisions in the field of defense and security, making a reference to Iran’s assistance to Syria and Iraq that “prevented the fall of Damascus and Baghdad.”

Iran, a close ally of Syria and Iraq, has been supporting the two Arab states in the fight against terrorists.

Tehran has made it clear that its assistance to allies is confined to consultation and advisory help.

Syria has been mired in a civil war since 2011, with government forces fighting an assortment of militant groups, including the Daesh (ISIL) terrorists.

Iraq has been also grappling with the threat of Daesh terrorists, who invaded the country in summer 2014.