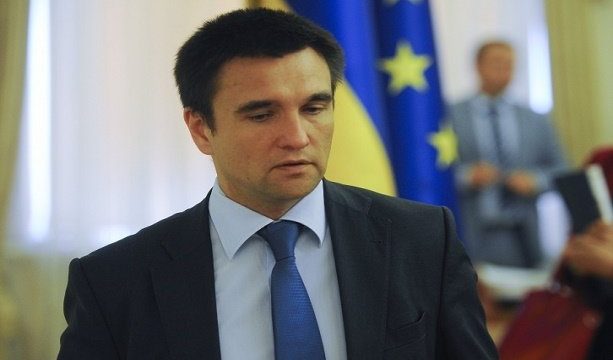 Ukrainian FM due in Tehran for bolstering ties

TEHRAN, May 29 (MNA) – Pavlo Klimkin, Foreign Minister of Ukraine, will arrive in Tehran Sunday for a two-day visit packed with various meetings with Iranian officials on boosting bilateral relations and discussing regional issues.

The Ukrainian senior diplomat is making the visit to Tehran at the official invitation of Foreign Minister Moahmmad Javad Zarif, in a bid to confer on the present and future state of the two countries’ relations.

During the visit, the two sides will engage in discussions about regional issues and the modern global challenges, Ukraine’s Foreign Ministry said in a statement.

The Ministry went on to add that the lift of economic and financial sanctions against Iran has created ample opportunities for the two countries to better realize potential capacities for cooperation.

The statement highlighted Iran as one of the major partners of Ukraine in the region, while noting the various areas for trade and economic cooperation for deepening bilateral ties.

In a meeting with Ukrainian Ambassador to Tehran Sergei Buldiliak in late February, Zarif had expressed hope to see a rising trend in the visit of European and world delegations to Tehran following the implementation of the nuclear deal.

Buldiliak noted that Ukraine could expand cooperation with Iran in energy, ship-building, aircraft industry, and other manufacturing machinery.