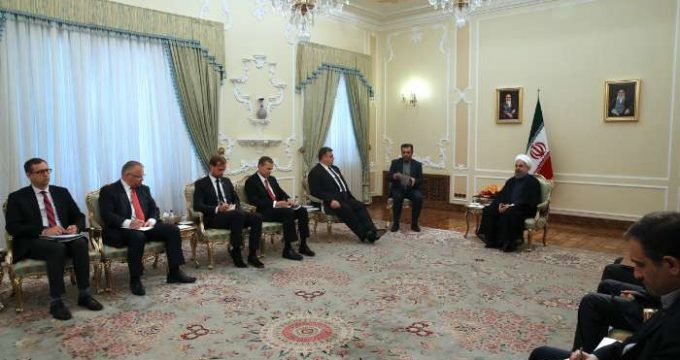 President Rouhani said Tehran and Vilnius are determined to broaden economic cooperation between the two countries.

President Rouhani said that implementation of the Joint Comprehensive Plan of Action (JCPOA) and subsequent removal of sanctions have created suitable opportunity for Iran to broaden all-out economic cooperation with the European Union and Lithuania, in particular and the two sides should seize the opportunity.

Iran and Lithuania have ample untapped potentials to benefit from each other and open a new chapter to develop ties and cooperation, Rouhani said.
The two sides with reliance on their rich potentials should broaden scope of economic cooperation, he said.

In campaign against terrorism, extremism and drug-trafficking, all states should work collectively to make supporters of terrorists to understand that they will never achieve their political and regional goals by violence and terrorism, Rouhani said.

In the first stage, collective campaign against Daesh should be heeded and those backing them should be identified in order to cut their logistics routes, he said.

Lithuanian foreign minister, for his part, said his country calls for expansion of all-out relations and cooperation with the Islamic Republic of Iran.

Lithuanian companies are ready to share experience in various fields with the Islamic Republic of Iran, he said.