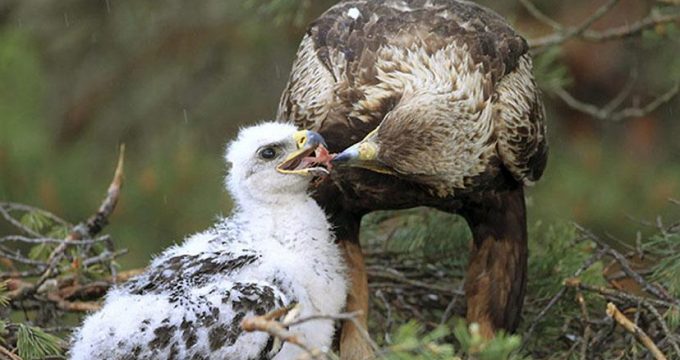 Two golden eaglets (immature young of an eagle) which were trapped live by the locals in Aligoudarz County, Lorestan Province, died due to mishandling and poor conditions.

Following a report on the poaching of the two birds in Khomeh Olya Village in Aligoudarz, officers of the protection unit of the provincial office of the Department of Environment were dispatched to investigate.

They discovered that the little eagles were taken out of their nest by some of local residents with no knowledge of birds, and moved to the village.

The poor keeping conditions caused one of the birds to die before the DOE team arrived. The other was examined and transferred to the office of the DOE in Aligoudarz for further treatment but died after two days due to severe poor health.

The culprits were arrested and their case has been sent to judicial authorities. According to the latest hunting and fishing regulations, the fine for eagle poaching is 200 million rials ($5,700).