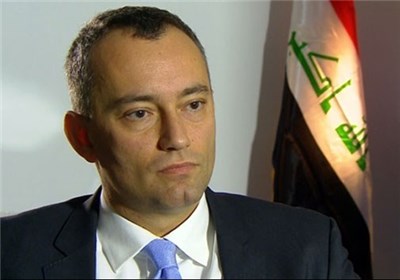 A senior UN official has called for global action to address the plight of Palestinians in Gaza to prevent another “escalation of violence” in the besieged coastal enclave.

Nickolay Mladenov, the UN special coordinator for the so-called Middle East peace process, said Wednesday that Palestinians living in the besieged Gaza Strip are growing more desperate due to a lack of progress on their situation.

“Recent events clearly demonstrate that the specter of violence looms ominously over the territory. Unless radically more is done to address the chronic realities in Gaza, it is not a question of ‘if’, but ‘when’ another escalation will take place,” he said.

Mladenov, who was addressing a UN Security Council meeting, said that the month of May saw the biggest escalation of violence in the coastal strip since 2014.

Much of Gaza remains in shambles since Israel’s war against the besieged territory in summer 2014, which killed more than 2,500 people and wreaked huge destruction across the strip.

The enclave of 1.8 million is struggling to emerge from the 50-day war which severely damaged its infrastructure.

Earlier this month, the Israeli military carried out fresh airstrikes against the Gaza Strip, claiming that the raids were a response to the rockets fired from the Palestinian territory into Israel.

The UN envoy also said that the Quartet of Mideast mediators – the UN, US, European Union and Russia – are finalizing a report on obstacles to reaching a so-called peace agreement between Israel and the Palestinians.

He said that a number of countries will meet in Paris within “a matter of days” in hopes of reviving the stalled Israeli-Palestinian talks.

Speaking at a joint press conference with French Prime Minister Manuel Valls on Monday, Netanyahu said, “Peace just does not get achieved through international conferences, UN-style.”

“It doesn’t get to fruition through international diktats or committees … seeking to decide our fate and our security when they have no direct stake in it,” he said.

The last round of talks between Palestinians and Israelis collapsed in April 2014, a few months before the atrocious attack on Gaza.

The Israeli-Palestinian talks have been hampered by Tel Aviv’s continued settlement activities in the occupied Palestinian lands.

Palestinians are seeking to create an independent state on the territories of the West Bank, East al-Quds (Jerusalem), and the Gaza Strip and are demanding that Israel withdraw from the occupied Palestinian territories.