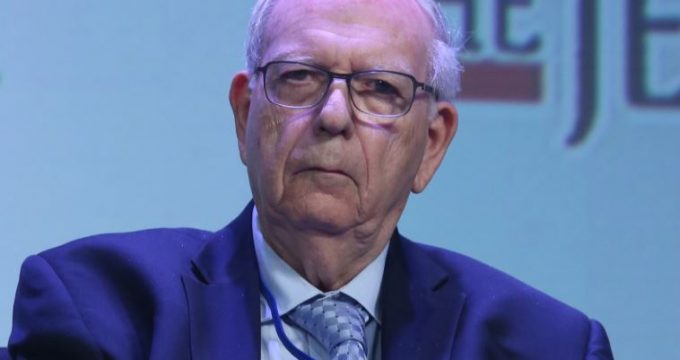 Alwaght- Former Mossad Chief, Efraim Halevy, has claimed the time has come to head to the negotiating table with Hamas and even noted that the next War Minister Avigdor Lieberman might be the initiator of talks.

Speaking at the Jerusalem Post Conference in New York City on Sunday, Halevy said “the leadership of Hamas knows they have no chance of destroying Israel. Now is the time to talk to Hamas and I wouldn’t be surprised if Liberman is the one to do this.”

The mere fact that a high-ranking Israeli official believes that Tel Aviv is at a point where it should dive into negotiations with Palestinians, particularly with Hamas indicates a shift in conflict.

It appears that the Israeli regime is aware of its limitations in confronting the Palestinian resistance group in Gaza. Throughout the years, numerous deadly wars have been launched against the Gaza Strip with the aim of defeating Hamas and other Palestinian factions that fight against Israeli occupation forces.

Having fought back on several fronts and having shown its resilience, Hamas’s hard work seems to be paying off. If the Israelis do end up considering negotiations with Hamas, the latter will have succeeded in thwarting Israeli attempts to erase them from existence and forcing them to engage in talks as a last resort.

The awareness exists on the Israeli part which has failed to achieve its goal through the military option. Even if they were to launch another war it is highly unlikely that they would make any progress. Despite this awareness, Halevy refuses to admit that the Israeli regime is facing existential threats, neither from Hamas in the south nor Hezbollah in the north. Instead the former Mossad chief claims the Zionist entity to be indestructible but that it is only threatened by the loss of its Jewish majority.

Three wars launched by the Israeli regime against the Gaza Strip in which Hamas was at the forefront of the confrontations showed what a failure was the military option. Although the offensives did inflict heavy losses for the Palestinians, on the humanitarian and economic levels, they did not bring about the desired results, namely the obliteration of resistance groups from the besieged enclave. If anything, these groups have only become more resolved to continue their struggle against the occupation.

What remains is the diplomatic option to alleviate the wounds of Gaza. Should Hamas agree to negotiations, it would mainly aim to lift the siege that has been suffocating the enclave. However, Tel Aviv’s motives would be dubious as always. That’s why Hamas should remain vigilant in the event talks take place because the Israelis will take advantage of the situation to achieve the goals they could attain through military confrontations; by seizing the opportunity at the negotiating table.