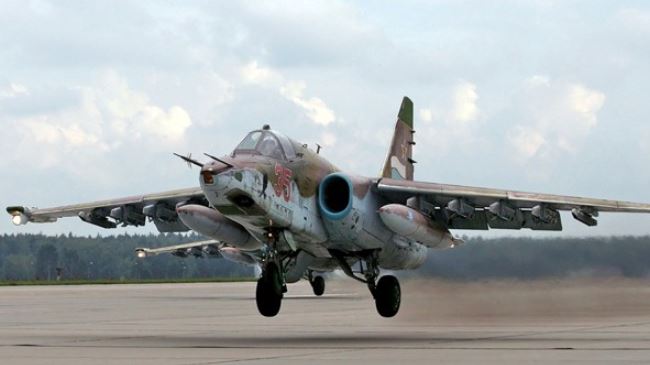 Iraq’s military says a high-ranking commander of the Takfiri Daesh terrorist group has been killed during an operation by the country’s air force in the western province of Anbar.

The Iraqi Joint Operations Command announced in a statement on Thursday that Mil Mi-28 and Bell attack helicopters carried out a precision strike against a restaurant in central Fallujah, roughly 69 kilometers (43 miles) west of Baghdad, the previous day as the high-ranking Daesh figure and tens of his aides had gathered to dine.

Meanwhile, Iraqi Prime Minister Haider al-Abadi has called on Iraqi security personnel to spare no effort in liberating Fallujah and its residents from Daesh.

The Iraqi Defense Ministry said on Wednesday that Daesh terrorists had executed an unspecified number of Fallujah’s residents after the latter refused to join the ranks of the militant outfit and fight against Iraqi army forces.

Commander of the 3rd Battalion of the Iraqi Army’s 30th Brigade, Colonel MahmoudMorzi al-Jumaili, also said a sniper had targeted and killed a high-ranking Daesh figure in the town of al-Karmah, which is located 13 kilometers (eight miles) to the east of Fallujah.

Also on Thursday, Iraqi Special Operations Forces recaptured areas in the heart of the town of al-Sajar, which lies northeast of Fallujah, killing 15 Daesh militants and destroying four explosives-laden cars.

Iraqi government forces are now heading toward Sajar Bridge, which serves as a crucial supply route for Daesh extremists.

Gruesome violence has plagued the northern and western parts of Iraq ever since Daesh Takfiris launched an offensive in the country in June 2014 and took control of portions of Iraqi territory.