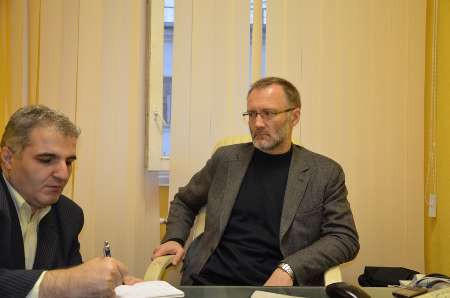 Moscow, May 25, IRNA – Iran’s membership in the Shanghai Cooperation Organization (SCO) will help strengthen the organization so that it can undertake more important regional and international roles, a Russian political expert said on Wednesday.

Sergei Mikheyev, who heads the Russian Center for Political Technologies, said in an exclusive interview with IRNA that the SCO is a major instrument for the development of a multi-polar system in the world and protecting the interests of member countries.

With the implementation of Iran nuclear deal and the subsequent lifting of sanctions on Tehran, the ground is now prepared for Iran joining the SCO, Mikheyev said.

Iran’s membership in the SCO is of special significance, as the country is a key regional player and influences international developments too, he added.

He had previously told IRNA that the era of a uni-polar system has come to an end and today a democratic multi-lateral system, which is more sustainable and stronger, has emerged.

The SCO actually offers a new model of international relations in the face of Group 7 of industrial countries, basic principles of which underline respect for international criteria and refraining from imposing its will on other countries, the Russian expert asserted.

He said that the SCO can contribute to implementation of economic and industrial projects among the member states and make the necessary coordination in this regard.

Russia, China, Kazakhstan, Tajikistan and Uzbekistan are the current SCO member states. Iran is an observer member of the organization whose membership status will reportedly change into a permanent member in the near future.