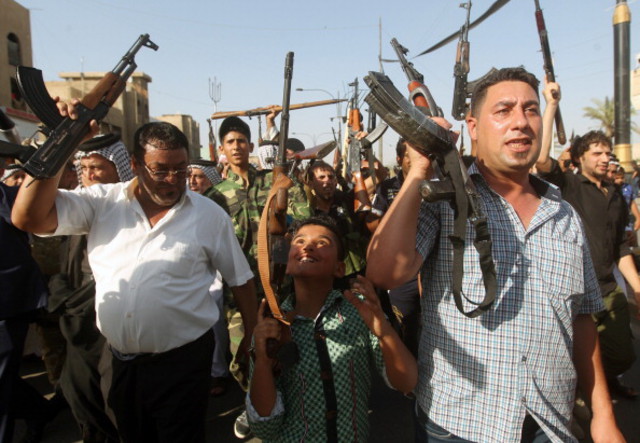 The Iraqi volunteer forces known as Popular Mobilization Forces (PMF) took full control over several other villages on the outskirts of Fallujah in Anbar province, according to the Arabic-language al-Forat news agency.

The forces cleared the areas from Daesh militants and raised the Iraqi flag there, according to the report.

The PMF forces also discovered an underground tunnel dug by the Takfiri terrorists in al-Lifiyah village, which had been used by them to cross into Fallujah.

On Sunday, the Iraqi government deployed at least 20,000 troops to combat extremists in Daesh-held western city of Fallujah.

Simultaneously, the Iraqi armed forces issued a warning to the city’s civilian population to flee the city as soldiers prepared an operation to reclaim Fallujah.

Fallujah, in the western Anbar province, has been under Daesh’s control since 2014. Reports emerged recently that militants of the terrorist group began killing residents attempting to leave the city.