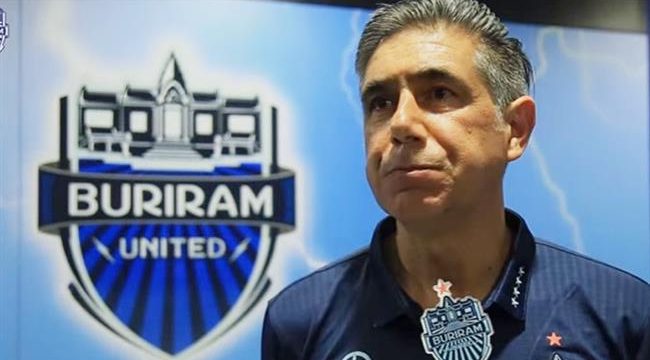 Gama added, “The game with Bangkok Glass was my last game as coach of Buriram. I understand the situation and accept the decision. This is football.”

The Brazilian football coach was appointed Buriram United’s head coach in 2014, and the club won the Thai Premier League twice, the FA Cup and the League Cup each once under his tutelage.

Ghotbi was appointed as the head coach of Tehran-based Persepolis football club in July 2007. He led the Reds to Iranian Pro League championship in May 2008, and left the club the following month.

He returned to Persepolis on July 3, 2008, after signing a two-year deal. Ghotbi had poor results afterwards, and opted for resignation on November 18, 2008. He left Iran the next day.

Ghotbi was in charge of Iran men’s national football team between April 22, 2009 and January 22, 2011. He officially resigned after his team lost to South Korea and got knocked out of the 2011 Asian Cup.

He was strongly poised to be heading to Suphanburi for the beginning of Thai Premier League campaign, but the move did not take place.