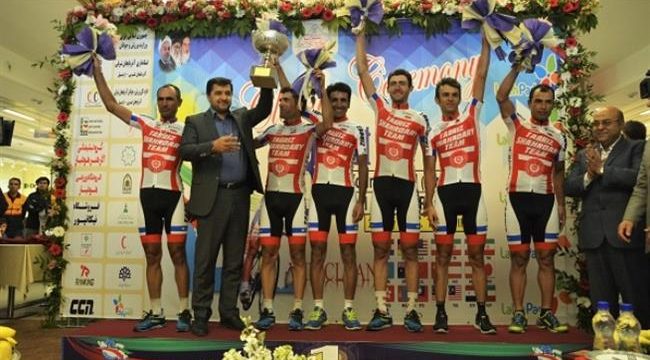 Iranian Union Cycliste Internationale (UCI) Continental cycling team Shahrdari Tabriz has been named the greatest team in Asia, thanks to superb performances at the recently concluded 31st edition of Tour of Iran (Azarbaijan).

In the latest classification published by the UCI, which is the world governing body for sports cycling, the Tabriz-based outfit racked up 667 points to sit in the top position of the continental ranking ahead of Skydive Dubai Pro Cycling Team of the United Arab Emirates with 349 points.

On May 18, professional road bicycle racers for Shahrdari Tabriz could cover the entire six stages of the six-day 31st edition of Tour of Iran (Azarbaijan) and recorded an impressive total time of 72:20.07, having ridden the total length of 1,005 kilometers (624.4 miles).

They were followed by compatriots from Pishgaman Yazd Cycling Team, who clocked 72:35.38 to claim the second slot.

A total of 21 teams from sixteen different countries, including Armenia, Australia, China, Georgia, Iran, Kazakhstan, Malaysia, Morocco, Syria, Turkey and Uzbekistan, took part in the event. The tour had six stages, with the total length of 1,005 kilometers (624.4 miles).

For the first time in the history of Tour of Iran (Azarbaijan), American UCI Continental cycling Team Illuminate participated in the tournament.