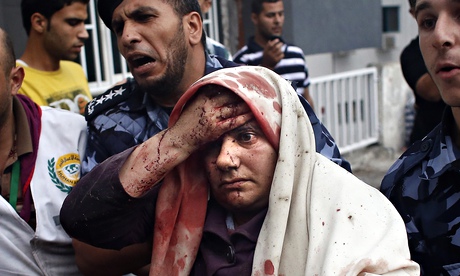 A Palestinian woman has been shot and killed by Israeli troops in the occupied Palestinian territories with Israelis claiming she was attempting to stab regime forces.

Israeli police said Monday that the woman was killed in Ras Biddu checkpoint, north of the occupied city of Quds (Jerusalem). They said she defied warning shots by Israelis and moved to stab an Israeli female soldier at the scene.

Israeli sources first claimed that the Palestinian woman had been “neutralized”, but they later said she was killed on the scene without any Israeli soldier having been injured.

Neither the Israelis nor the Palestinians have revealed the identity of the woman. Her attempted stabbing, if confirmed, may have been inspired by the brutal killing of a pregnant Palestinian woman and her teenage brother last month. The Israelis handed over the bodies of the two to their families earlier on Monday.

Israelis claimed the death of Maram and her sibling by a privately contracted Israeli security officer came after the two threw a knife in the direction of Israeli forces at the notorious Qalandiya checkpoint north of the occupied West Bank. Eyewitness rejected the claims, saying the two had posed no threat to Israelis stationed at the site.

The dead are the latest victims of a 10-month-long Israeli crackdown in the occupied territories. More than 200 have been killed from the Palestinians with regime in Tel Aviv claiming most of them were engaged in attacks on settlers and troops.

The unrest began last October after Palestinians accused Israel of trying to gradually change the status quo of a highly-revered religious compound in the occupied Quds, which houses the al-Aqsa Mosque, the third holiest site in Islam.

More than two dozen Israeli settlers and soldiers and several people with foreign nationalities have also been killed in the violence.