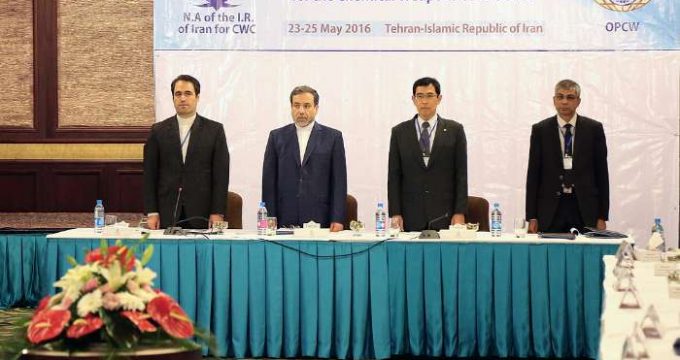 TEHRAN, May 23 (MNA) – The 14th meeting of National Authorities of Chemical Weapons Convention (CWC) SPs in Asia kicked off Mon. in Tehran with the attendance of Deputy FM Araghchi and representatives of 25 Asian countries.

This regional meeting of National Authorities hosted by Iran aims to consolidate the country’s active role in the Organization for the Prohibition of Chemical Weapons and its successful run is expected to promote Iran’s position among other state parties to the Convention.

54 representatives from 25 Asian countries are participating in the meeting where important issues in the national implementation of the CWC will be discussed.

The meeting will also serve as a forum in which representatives of National Authorities can confer with each other and with Secretariat staff in order to identify what further steps, if any, each participating state party needs to take in order to implement its obligations under the Chemical Weapons Convention.