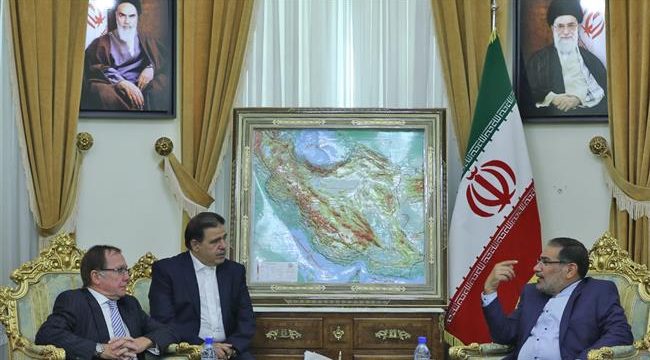 A senior Iranian official says the discriminatory approach adopted by some international players in the campaign against terrorism is the biggest challenge to the eradication of the scourge.

“The biggest blight to the fight against terrorism is a selective approach to this ominous phenomenon by some countries supporting the Takfiri ideology,” Secretary of Iran’s Supreme National Security Council Ali Shamkhani said in a meeting with New Zealand’s Minister of Foreign Affairs Murray McCully in Tehran on Saturday.

Pointing to New Zealand’s membership in the UN Security Council and the so-called international coalition against Daesh Takfiris, he said extremism and terrorism currently represent the biggest security threat to the world.

“There are appropriate grounds for the development of cooperation in trade, politics and economics, whose activation can lead to the promotion of the level of bilateral ties,” Shamkhani said.

For his part, the New Zealand foreign minister hailed Iran as a powerful country that can influence the political, security and economic equations in the region.

McCully said his country seeks more ties with Iran in the trade and politics and the expansion of cooperation in the fight against terrorism.

The New Zealand foreign minister arrived in Tehran on Saturday on a two-day official visit to hold talks with senior Iranian officials and sign agreements for enhanced economic cooperation. He held a meeting and attended a press conference with Iranian Foreign Minister Mohammad Javad Zarif earlier in the day.