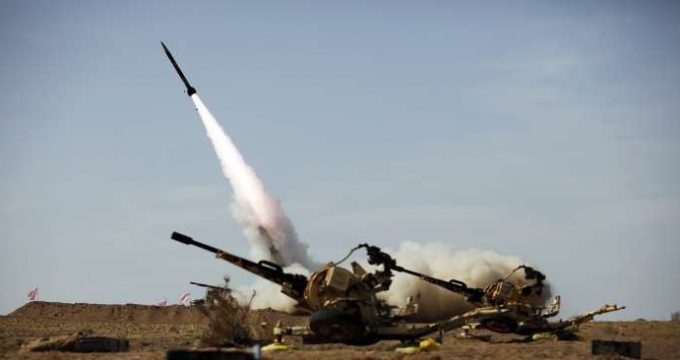 The Iranian Army’s Ground Forces have successfully test-fired a number of rockets during a major maneuver in the central parts of the Islamic Republic.

The two-day exercise codenamed Beit-ul-Muqaddas 28 opened in a desert area in the central province of Isfahan on Sunday and saw the successful test-fire of a number of domestically-manufactured short-range N-6 and N-10 Naze’at and Fajr 5 rockets.

Speaking before the opening of the drill, Iranian Army’s Ground Forces Commander Brigadier General Ahmad Reza Pourdastan said the maneuver is aimed at improving the capabilities of the forces and exercising defensive and missile tactics in asymmetric warfare.

He added that the Iranian Armed Forces are ready to counter both extra-regional threats and proxy wars led by Takfiri terrorist groups.

The commander emphasized that the Iranian Armed Forces would display their might in the face of any possible threat or invasion by enemies.

He said the maneuver conveys the message of peace and friendship to regional countries.

Iran has also conducted other major military drills to enhance the defense capabilities of its armed forces and to test modern military tactics and state-of-the-art army equipment.