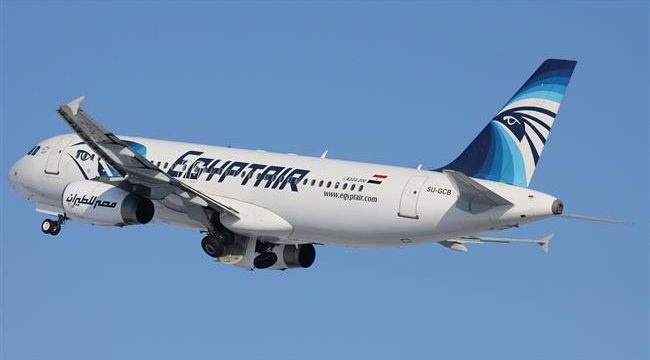 Greek rescue workers found lifevests and bits of plastic floating in the Mediterranean after an EgyptAir jet carrying 66 passengers and crew from Paris to Cairo disappeared from radar in what Egypt said could have been a terrorist attack.

The Egyptian civil aviation ministry said Greek authorities had found “floating material” and life jackets likely to be from the plane. Greek defense sources told Reuters they had found pieces of plastic and two lifevests in the sea 230 miles (370 km) south of the island of Crete.

“All I will say is that our embassy in Athens told us that it was contacted by Greek authorities, who signaled that they found white and blue debris corresponding to EgyptAir’s colors,” Egyptian ambassador to France Ehab Badawy told France’s BFM television. However, Greek sources told Reuters the material they had found so far was not blue and white.

If confirmed as material from the plane, the discovery could help provide clues to its fate. Egyptian Prime Minister Sherif Ismail said it was too early to rule out any explanation for the crash, including an attack like the one blamed for bringing down a Russian airliner over Egypt’s Sinai Peninsula last year.

The country’s aviation minister said a terrorist attack was more likely than a technical failure.

Greece had deployed aircraft and a frigate to search for the missing Airbus. Egypt said it would lead the investigation and France would participate. Paris said three investigators would arrive in Egypt on Thursday evening.

In Washington, President Barack Obama received a briefing on the disappearance from his adviser for homeland security and counter-terrorism, the White House said. A White House spokesman said it was too early to know the cause of the crash and offered condolences to the victims.

Greek Defence Minister Panos Kammenos said the Airbus swerved 90 degrees to the left, spun through 360 degrees to the right and plunged from 37,000 feet to 15,000 before vanishing from Greek radar screens.

There was no official indication of a possible cause, whether technical failure, human error or sabotage. Ultra-hardline Islamists have targeted airports, airliners and tourist sites in Europe, Egypt, Tunisia and other Middle Eastern countries over the past few years.

The aircraft was carrying 56 passengers – with one child and two infants among them – and 10 crew, EgyptAir said. They included 30 Egyptian and 15 French nationals, along with citizens of 10 other countries.

Asked if he could rule terrorist involvement, Prime Minister Ismail told reporters: “We cannot exclude anything at this time or confirm anything. All the search operations must be concluded so we can know the cause.”

French President Francois Hollande also said the cause was unknown. “No hypothesis can be ruled out, nor can any be favored over another.”

“LIVES ARE SO CHEAP”

At Cairo airport, a man sat on a brown leather couch crying with his hands covering his face. “How long will Egypt live if human lives are so cheap?” he said.

The mother of a flight attendant rushed out of the VIP hall where families waited in tears. She said the last time her daughter called her was Wednesday night. “They haven’t told us anything,” she said.

Some relatives tried to beat up a photographer working for EgyptAir who took several pictures of the families waiting in the hall. Security officials intervened and escorted him out.

With its archaeological sites and Red Sea resorts, Egypt is a traditional destination for Western tourists. But the industry has been badly hit by the downing of a Russian Metrojet flight last October, in which all 224 people on board were killed, as well as by an Islamist insurgency and a string of bomb attacks.