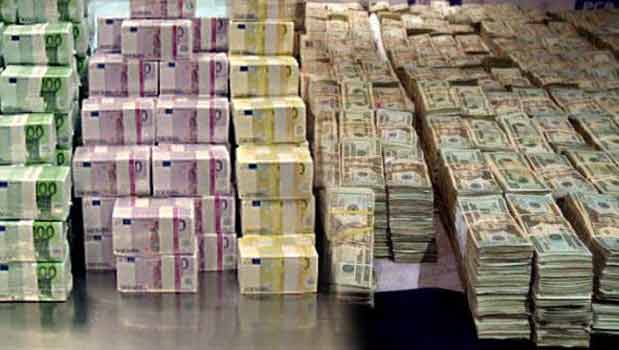 Iran’s re-entry to global trade will headline discussions at a major conference in Dubai, as the UAE and European Union (EU) trade with Iran is expected to reach $59 billion by 2018.

The opportunities faced by the Middle East maritime industry ahead of the further lifting of economic sanctions on Iran, will be the lead subject at this year’s Seatrade Maritime Middle East (SMME) 2016 exhibition and conference, to be held from October 31 to November 2, at the Dubai International Conference and Exhibition Centre.

The easing of Iran’s sanctions could see $8 billion EU trade quadruple by 2018 and thaw $30 billion of Iran’s frozen overseas assets, according to data from a Seatrade-commissioned report, prepared by global legal practice Stephenson Harwood.

One of the largest economies in the region, Iran’s estimated nominal gross domestic product (GDP) amounted to $397 billion in 2015.

Andrew Williams, general manager, Seatrade, said: “With the majority of US secondary sanctions and EU sanctions already removed, this is a milestone moment in the growth of our industry, opening up a wealth of trading opportunities as well as investment opportunities to support Iran’s maritime sector, particularly infrastructure development.”

The UAE is Iran’s largest non-oil trading partner and is also Iran’s largest source of imported goods worth around $27.3 billion, in fact the UAE accounted for 96.7 per cent of GCC exports to Iran in 2013. As far as GCC imports from Iran go, the UAE accounts for more than 62 per cent with Oman taking 26 per cent, added the statement.

James Willn, senior associate, Stephenson Harwood Middle East, said: “Increased trade obviously means more shipping, extra vessels will require improved port facilities and even the offshore projects will require workboats, so this has the potential to be a defining period for the region’s maritime industry.”

The financial benefits to the Iranian economy are significant too. By lifting energy sanctions it potentially increases Iran’s oil exports revenue to $10 billion by 2017, boosts its GDP growth from zero to 5 pre cent, and allows up to $30 billion of foreign reserves, which are currently frozen, to be brought back into the country. Indeed, Indian oil refiners alone owe Iran more than $6.5 billion, said the statement.

Held under the patronage of HH Sheikh Hamdan bin Mohammed bin Rashid Al Maktoum, Crown Prince of Dubai, UAE, and part of Dubai Maritime Week, the biannual three-day exhibition and conference returns to the emirate to welcome the region’s largest gathering of shipping and maritime industry decision makers, it said.

Attracting nearly 8000 attendees from across 69 businesses, the event is a dedicated platform at which to do business with owners, operators, managers, charterers, superintendents, senior management and other professionals involved in the procurements of equipment and services within the maritime, offshore, oil and gas and ports industries, it stated.

For the first time this year, SMME will also welcome partners from the International Ship Suppliers and Services Association (ISSA) and Institute of Marine Engineering, Science & Technology (IMarEST) UAE branch, who will hold their own chapter gatherings and events under the umbrella of the 2016 Seatrade programme, it added.