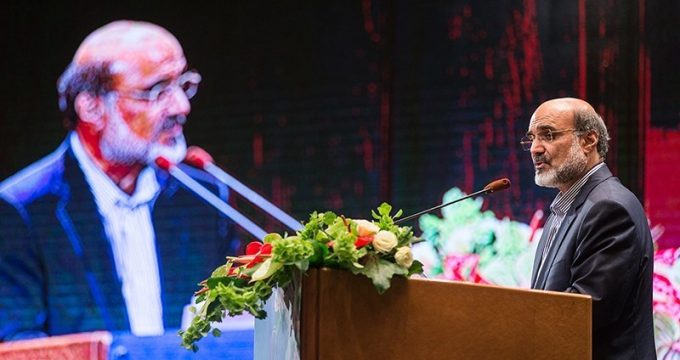 The new president of the Islamic Republic of Iran Broadcasting (IRIB), Abdolali Ali-Askari, has been inducted into office after the resignation of the organization’s former chief.

In a ceremony in Tehran on Tuesday, Ali-Askari hailed efforts by former IRIB chief Mohammad Sarafraz and said the body bears the responsibility of countering the enemies “in the danger-ridden field of soft warfare.”

“The main confrontation in the world today is not military warfare but media confrontation,” the new IRIB president added.

He said arrogant powers are using the media to take revenge on the Iranian nation who staged an Islamic revolution, adding that those with greater media capabilities will emerge triumphant.

A number of Iranian officials including Parliament Speaker Ali Larijani, Ali Akbar Velayati, a senior adviser to Leader of the Islamic Revolution Ayatollah Seyyed Ali Khamenei and Mohammad Nahavandian, the chief of staff of Iranian President Hassan Rouhani, participated in the ceremony.

The Leader of the Islamic Revolution on Wednesday accepted the resignation of the former IRIB head and appointed Ali-Askari as his successor.

In a decree, Ayatollah Khamenei emphatically recommended Ali-Askari to pay due attention to planning, observing large scale strategies, attracting and keeping and training revolutionary and efficient forces, and effective presence in cyberspace.