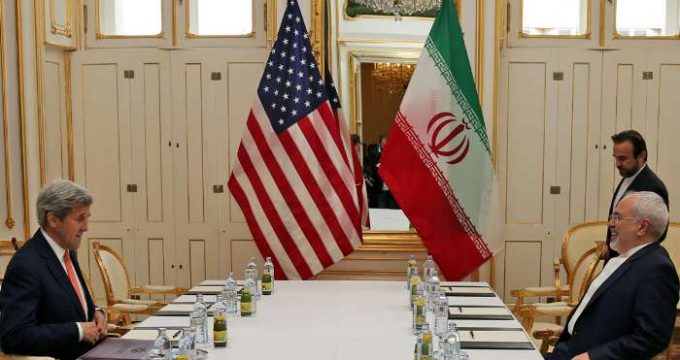 Vienna, May 17, IRNA – Foreign Minister Mohammad Javad Zarif and his US counterpart John Kerry met in the Austrian capital on Tuesday where they discussed the obstacles on the way of the implementation of Iran nuclear deal – known as the JCPOA.

They met on the sidelines of a meeting of the International Contact Group on Syria in which ministers and other representatives from nearly 20 countries participated.

In a recent meeting with senior European banking officials, Kerry ensured them about financial and banking transactions with Iranian banks.