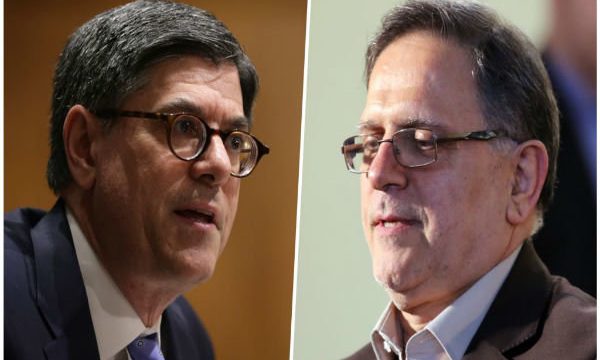 IMF to support Iran back to intl. banking system

Valiollah Seif and David Lipton, Special Advisor to the Managing Director of the International Monetary Fund met in Tehran on Monday to address critical issues of Iran’s joining the international banking community and other difficulties which had plagued the country’s banking system and effectively cut the country off the mainstream of banking; “the Islamic Republic of Iran has happily had regular contacts with IMF which we hope will bring positive outcomes for country’s banking system; with the new cabinet of President Rouhani assuming the office, economy has had modest growth rates despite restrictions and barriers. The improvements included reducing inflation rate of 40 per cent to about 12 per cent and making positive a negative growth rate,” said the CB governor, “our point-by-point growth rate had reached staggering 7.4 per cent which clearly indicated CB’s strong resolve in to continue the reducing pace of inflation rate to a single-digit figure.”

“CB has waged efforts to bring dynamism to the recession, and a boom to depression of the market before implementation of JCPOA; these efforts brought about a 7-per cent in liquidity, being 23 per cent in 2013, and rising to 30 per cent in 2014; currently, we face severe financial restrictions which render almost half of our assets in banks highly useless,” Seif detailed.

“Government debts to banking system is about $143bn which accounts for 40 per cent of GDP; government and CB are working to find proper conditions when to repay debts and implement its fiscal policies in better conditions through effective instruments,” he added.

Seif hailed reduction of interest rate of 29 per cent to 22 per cent, however, admitted that the figure was still unfavorable; “despite a reducing pace of inflation rate, interest rate had been sticking, thus failing to decline along with this reducing pace,” he told IMF official. “A second issue we currently face is insolvency of incompetent firms which we should accept as a proper manner to avoid wasting of economic resources, since these firms had systematically failed to produce returns whatsoever.”

Mr. Lipton, for his part, congratulated the Iranian government in handling a difficult economic condition prior to JCPOA implementation; “Before JCPOA, Iran’s economy successfully dealt and returned back to growth path. JCPOA provided the economy opportunity for better and deeper integration to global financial system; IMF could provide help with fighting money-laundering and curbing the routes of financial help for terrorism; Iran actually demands, along with other Islamic countries, such reforms and we will support the country with necessary measures,” he added.