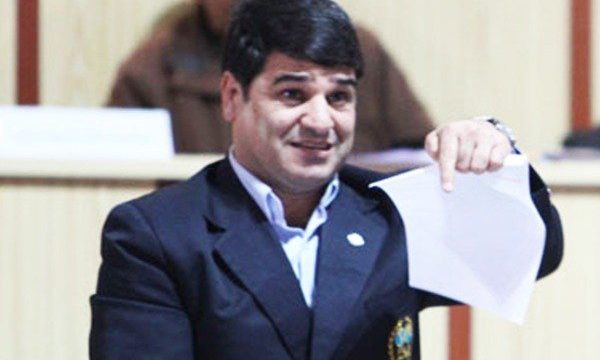 TEHRAN, May 14 (MNA) – Chairman of refereeing committee of Iran’s Wrestling Federation has been selected to officiate Rio 2016 Summer Olympics.

Mohammad Ebrahim Emami, the international referee and the chairman of refereeing committee of Iran, has been elected by the United World Wrestling (UWW) to judge at Rio Olympic Games 2016.

Emami is the only Iranian official who has been chosen for the event while a total of 50 referees appear on the list released by UWW with only Germany, Bulgaria and France having two representatives.

Previously, Ardavan Saheb from Iran had been selected by the executive committee of United World wrestling to officiate at the 2016 Olympic Games in Rio de Janeiro while the committee put Emami on the list following the recent qualifying tournaments.

The Refereeing Commission, an independent group of officials led by Antonio Silvestri of Germany, compiled the pre-selections by reviewing the performance of referees from around the globe.

In order to ensure the quality of refereeing through the 2016 continental championships and Olympic qualifying events, the referee commission was also given the opportunity to replace referees who make significant errors during those events. Referees must also retain good standing and stay current with their licenses.