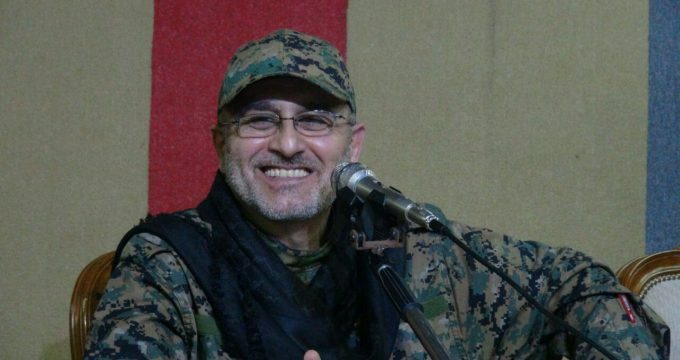 Hezbollah to respond to its commander’s assassination with ‘Iron Fist’: Ex-Lebanese DM

Speaking to the Tasnim News Agency, Abdul-Rahim Mourad said the martyrdom of Badreddin in Damascus will boost Hezbollah’s resolve to fight the Takfiri terrorists operating in the region.

Stressing that the senior commander was one of the key members of the resistance movement, he said Hezbollah will respond with an “iron fist” to his martyrdom.

Elsewhere in the interview, Mourad said the exact circumstances of Badreddin’s martyrdom are still unknown and that more time is needed for shedding light on the details of the incident.

Mustafa Badreddine was martyred in a massive explosion near Damascus International Airport on Thursday, in an attack Hezbollah later said had been carried out by “Takfiri groups”.

He was the commander of Hezbollah’s military arm, its chief of intelligence, and adviser to the movement’s Secretary General Seyed Hassan Nasrallah.

Badreddine was also the cousin and brother-in-law of the top Hezbollah commander, Imad Mughniyeh, who was likewise assassinated by the Israeli regime in Damascus in 2008.