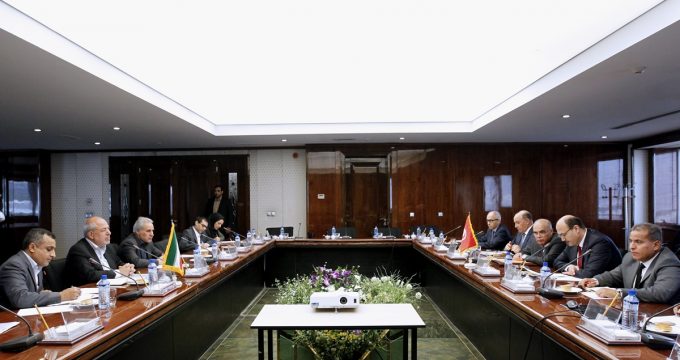 TEHRAN (FNA)- Iranian Energy Minister Hamid Chitchian declared that his country’s companies have voiced their readiness to take part in the renovation of Tunisia’s power plants.

“Iranian firms have underlined that they can help Tunisia’s power plants to renovate themselves,” Chitchian told reporters after meeting his Tunisian counterpart Mongi Marzouk in Tehran on Saturday.

Chitchian expressed the hope that trade and economic relations would be facilitated between the two countries.

Marzouk pointed to the growing consumption of energy in Tunisia, and voiced the Arab country’s readiness to host Iran’s capabilities in its energy industry.

In mid-April, Official in charge of foreign relations of Iran-Tunisia Chamber of Commerce Afes Nour ad-Din said the two countries are to open Letters of Credits (LCs) to facilitate trade in less than a month.

Isfahan Chamber of Commerce quoted Nour ad-Din as saying that the LCs will open as usual and that traders could use them in imports and exports, including petrochemical products.

Nour ad-Din also said the two sides are working round the clock to resume banking transactions.

His remarks came after Head of Tunisia’s National Resistance Society Shamseddin al-Rawasi revealed that Saudi Arabia was attempting to dissuade countries which have signed economic agreements with Iran from implementing their deals.